A closely allied effort by the RUBI Autism Network is measurement development. Treatment research in ASD has been hampered by the scarcity of outcome measures.  Our work in outcome measure development is an extension of previous work by the Research Units on Pediatric Psychopharmacology (RUPP) Autism Network, which included the modification of existing measures for use in children with ASD such as the Children’s Yale-Brown Obsessive-compulsive Scales (CY-BOCS) (Scahill et al., 2006; Scahill et al., 2014) and the Home Situation Questionnaire (Chowdhury et al, 2006; Chowdhury et al., 2015). We have also promoted the application of consumer-oriented outcomes with the parent-nominated target problem list (Arnold et al., 2003; Bearss et al., 2015). Several projects are currently underway by investigators in the RUBI Network focused on the development of outcome measures for use in ASD: 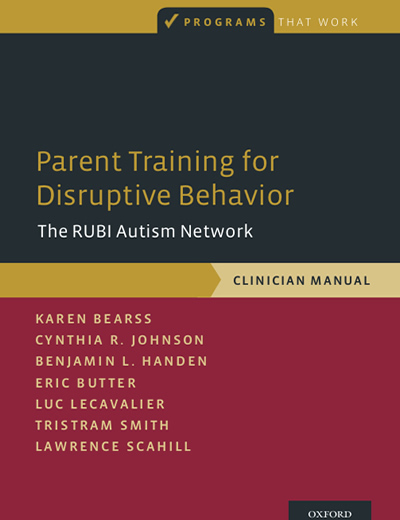